Right now, Philadelphia seems to be one of the best places in the country for people to start or relocate a business. Hear our take on why.

Hey – my name is Nick Wojtelwicz and I am a rising Sophomore at the University of South Carolina. This summer, I was lucky enough to join the Relay Network team as a Marketing & Business Development Intern. While learning about the growth that Relay has achieved in key verticals like healthcare and financial services, I discovered how the Philly tech scene at large was making similar progress on multiple fronts. One day during my internship, I won a Twitter contest while doing some outreach work in the office, which gave me the incredible opportunity to hang out with one of Philadelphia’s leading tech journalists. Here are a few things I took away from the experience:

A quick Twitter follow as part of our PR outreach paid off for me, as I followed technical.ly Philly on Twitter and won a tour of their office and some face time with their lead reporter, Roberto Torres. Torres came to the U.S. from Venezuela back in 2015 and has been covering the Philadelphia tech ecosystem since the spring of last year. Though SEPTA left us both arriving to the city a bit late that day, I took advantage of my time with Roberto to pick his brain about the combination of technology, culture, and history that makes Philadelphia so unique.

Philadelphia Is Changing… In A Good Way

For the first time in a quarter-century, job opportunities are growing in the city of Philadelphia at a distinguishably faster pace than in New York City. Not since 1991 has the city seen growth at this capacity — largely in thanks to the local advancements and developments in health and tech innovation. Having been away at college for the greater part of last year, all of this exciting innovation in Philadelphia was news to me. The morning of my Technical.ly visit, I stepped out of Jefferson Station and immediately noticed the construction going on around me. Taking a look at the skyline later in the day, I could see that Philly was changing – but…

When I asked Roberto why Philadelphia has become a great place to start a business, he conceded that as a whole, Philadelphia struggled to recover from the Great Recession as quickly as other large cities. “For the most part, local enterprises are still figuring out how to tell their own story,” he noted. More time for these companies allowed them to put more thought into what their goals are and how they plan on overcoming the obstacles that stand in the way of them — many local businesses are finally moving to the latter stage of that process. Because Philadelphia did have a hard time bouncing back from the economic downturn in the 2000’s, critical economic factors such as cost of goods and living dropped in Philly. Torres mentions the city’s unexpected but timely response — “across the board, we saw an uptick in growth, more start-ups appearing, an increase in VC rounds raised in the city — all with these dropped costs.” I got the reasoning behind our city’s technological revolution, and…

It’s Clear: There’s No Looking Back

As someone who has been six states and six-hundred miles away for the past ten months, Philadelphia’s rise was not something that I was extremely familiar with. Philadelphia is outstripping New York City in job growth? Getting a $3.5B refurnishing? Building twenty skyscrapers right now? None of these reminded me of the city I had left last August. I was blown away by the view the Technical.ly staff got to enjoy from their twelfth-floor office: you can see the city growing right before you.

Eds and Meds Are Leading the Way

I asked Torres about who had a hand in helping the city sustain the spike in economic and innovative growth over the past few years. He gave a lot of credit to some of Philadelphia’s anchor institutions – universities like Drexel University and University of Pennsylvania, health related organizations like Jefferson – who have done a great deal to help the city’s image. “It’s a competitive advantage,” he explains. “The education and support system that the Philadelphia tech scene offers makes this city a compelling place for developers and entrepreneurs to look at following graduation.” Not convinced? Former-Mayor Michael Nutter passed legislation that encouraged people to take another look at what the city had to offer. Shortly after, one of the country’s most respected seed-stage VC firms (and investor in Relay) relocated to University City. Philadelphia-born Comcast recently let their CFO open an independent investment firm with $4B of their own money.

The Future Is Bright

For the first time in recent memory, Philadelphia seems to be one of the best places in the country for people to start or relocate a business. Philadelphia’s anchor establishments – Comcast and Independence – are prioritizing innovation to ensure their businesses and the city they call home stay ahead of the competition. These corporations, with the help and technology of emerging technology companies like Relay, continue to make headlines about how they are revolutionizing the consumer experience, creating jobs, and changing the city’s reputation. I was anxious for a change of scenery when I was heading off to college, but now that I’m back I’ve developed a whole new appreciation for the City of Brotherly Love!

Interested in joining the Relay team? Visit our careers page! 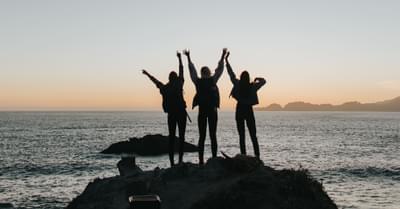 The Secret to a Positive Culture: Trust Your Employees 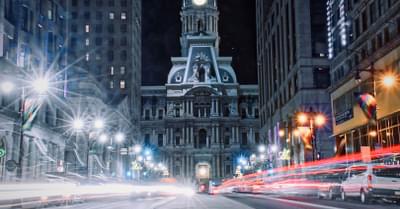 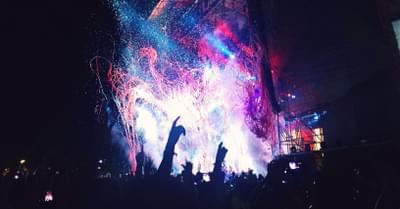 Interested in seeing how Relay can work for you?